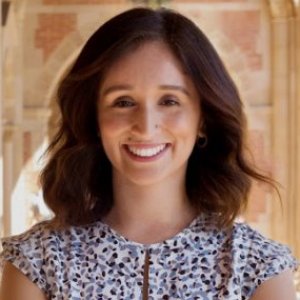 Dr. Alma Itza Flores currently works as a visiting assistant professor here at Loyola Marymount University teaching Chicano/a studies.  She has achieved her bachelor’s degree in Sociology from UCLA, her master’s degree in Education from the University of Texas and her doctoral degree in Education with an emphasis in Race and Ethic Studies from UCLA. Dr. Flores was born in Guadalajara, Mexico and immigrated alongside her mother and siblings to Santa Barbara, California when she was eight years old.  She is a first-generation college student and as such, much of her personal research and work is geared towards the relationship between the education system and Mexican immigrant families, the experiences of Mexican first-generation college students, and Chicana feminist theories.  Similarly, Dr. Flores works alongside countless students of color as well as their families by providing guidance as an advocate, a professor, and a mentor.  I found the prospect of this assignment to be both intriguing and inspiring as I hoped to get to know Dr. Flores better over the course of the interview and also to obtain a greater understanding of the status quo stories and representations of women in the media today through both an oppositional and a Chicana lens.

Early Life and the Move

Before Dr. Alma Flores lived in America, she recounts having a very happy middle-class life with her family and friends in Guadalajara.  Her father worked in accounting and her mother was a stay at home mom.  They had a tight bond with the extended family on her father’s side and having dinner every Saturday with relatives was tradition.  Life changed, however, when Dr. Flores’ father lost his job due to the companies bankruptcy and the family was forced to turn to other economic pursuits.  Subsequently, she moved alongside her mother, who was bilingual, to her grandparents house in Santa Barbara while her father stayed behind in search of work.  Her mother soon got a job working at Sears and that very fall Alma Flores began attending school in the area.  She described the jarring shift in environments by stating,

“So I think that one thing with my family in particular is we had a very stable, middle-class, life in Mexico and when we came to the U.S. it was like completely the opposite. Where at one point we were on food stamps and now my parents I would say have stabilized themselves to where the can get a more middle-class life. But really those first couple I don’t know… eight? Ten years?  It was rough. But again, I don’t think I realized that I was poor or that I was brown until I started school and realized, ‘Oh, not everyone lives this way. Not everyone has this experience’”.

This reflection directly correlates with the systems of oppression that have been put into place by the White Capitalist Patriarchy within our nation.  It was only until entering school and thus, a societal structure, that Dr. Flores felt the systems of oppression that were working against her due to her social location.  Hearing her speak on the matter was eye opening and a privilege check.  I remember when I was younger comparing my move across the country to experiencing culture shock and viewing the situation as a difficult experience.  I can now formally recognize how incorrect and incomparable that statement is due to my privilege as a white woman.  When Dr. Flores’ geographical location shifted, so did that of her social location according to the oppressive eyes of the society she was trying to assimilate into.

Growing up in Santa Barbara proved difficult for Dr. Flores as her hopes of returning to Mexico faded with the progression of time her family continued to spend in America. She found herself constantly comparing herself to her white classmates and recounted experiences in which she tried to make excuses for her family such as lying to her classmates about what she was going to be doing over breaks, due to the fact that she generally spent them assisting her grandmother in her job as a domestic worker. She then continued to discuss the levels of prejudices she encountered growing up in the Santa Barbara school system by explaining,

“But I think since coming to the U.S. I felt those differences at a very early age. I just didn’t know what to make of them. I knew they weren’t a good thing… from classmates and from understanding the treatment of particularly Latino’s in Santa Barbara. But I think it was later, probably not until college that I was like ‘Oh, that’s what its called. That’s patriarchy. That’s classism’”.

The theme of education and education reform are constant throughout much of Alma Flores’ life and, in fact, part of her choice of career spurred from the power she felt through being able to obtain the vocabulary she needed to express the injustices and forms of oppression she had felt throughout her lifetime.  As a result, she is passionate about assisting immigrant families in navigating the U.S. education system and takes pride in being the helping hand that she wished had been there for her during high school experience. Dr. Flores explains,

“So a lot of my work with students and families does revolve around access to higher education but within that I think I also try to affirm their experiences to let them know that I know what its like and also to demystify these notions of college or that they’re not smart or that they can’t be in the AP class. Because I think schools do a very good job of making us feel that it’s our fault. Like we’re just dumb and that we belong in the basic track. The way schools are set up is that we’re often tracked away from those classes from a very early age. I think to affirm those voices and to light that fire that I know is within all of us but sometimes gets stamped on from a very young age.”

As previously stated, much of Alma Flores’ work is centered around immigrant families and their integration into American society with an emphasis on the education system.  In relation to this, her dissertation focused on Chicana mother/daughter pedagogues.  She studied high achieving daughters who were currently professors or in doctoral programs and their relationships with their immigrant mothers in order to understand what it was that they were doing to encourage and create space for their child’s success.  As such, she provided examples to refute the stereotypes and narratives of immigrant families. On the matter she states,

“So again, when we think about immigrant mothers, they’re often in the media at least framed as having all these anchor babies or as very submissive. When in reality, in my studies they are very knowledgeable and hold these ways of teaching their daughters both, to quote Patricia Hill Collins, ‘To fit into these systems of oppression but also to challenge those systems at the same time,’ which is a very difficult thing to do. Right?”

Rieser-Wohlfarter, Klaus, et al. “Just Like You But Not Like Us: Staging National Belonging, Multiracial Femininity, and Collective Memory in the American Girl Family.” ConFiguring America: Iconic Figures, Visuality, and the American Identity, Intellect, 2013, pp. 27–41.