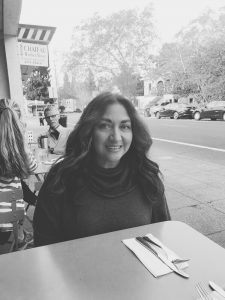 We are sitting at a beloved breakfast spot in Downtown Napa. There are children and chatter all around us as we sip on our chai lattes. When you meet Malu, you truly fall in love with her. She has a warm presence about her that makes you feel safe and secure.

Malu was born February 8, 1966 in Mérida, Yucatan. She was born to her mother Maria, an elementary school teacher and her father Rafael, a math teacher. She has one older brother and one baby sister, and when I asked her if her parents raised her and her sister differently from her brother, she replied with a smile.

“No, my dad was pretty good about that. I think he was very clear about boys and girls being the same- school wise, work wise…” Malu said she didn’t remember any different or gendered rules growing up. The only thing different she could recall was that her oldest brother always got the new things, like new cars. But this, we both concluded, was simply because he was older and those new things were eventually passed down to her and her sister, like hand-me-downs.

“My dad was… very clear about boys and girls being the same- school wise and work wise.”

In relation to section IV of Chicana Conference Resolutions, which states “[m]others should teach their sons to respect women as human beings who are equal in every respect. No double standard,” Malu embodies this entirely. Both of her parents, not just her mother, raised her and her siblings in the same way: with rules that were not altered depending on gender. Her parents raised all three children to know the importance of education for both girls and boys. She noted that education was a big part of her upbringing. Both her father and mother were teachers, which she believes she inherited her love for education from. Malu, now working in education at St. Vincent’s Ferrer School in Vallejo, California, graduated with a degree in computer science and engineering from Instituto Tecnologico de Merida. Education is very important to Malu, which becomes a common theme in our interview together.

Click the audio clip below to hear more about Malu’s experience growing up in a gender-equal household, and her parents’ influence in how she views the importance of education.

Coming to the United States at 27, she was hoping to continue her engineering career but soon realized that it would be incredibly difficult. She notes that the U.S. is one of the few countries that does not accept foreign credentials as equivalent to their domestic credentials. While she was researching the U.S. requirements that would allow her to revalidate her credentials, she found that it would require her to go back to school for three more years, which just was not realistic for her at that point. Malu, immigrating as a highly educated woman, faced barriers which dispels the myth that if you are a hardworking immigrant, immigration will be easier for you. In reality, this is just not true. Malu was unable to go back to school for three more years because she had to start working immediately. She tells me that she is still sad about this because that was her passion, but luckily she found a new passion in education.

“Other countries accept your title and let you start working. That was frustrating for me. I never get to work in computer science, which is very sad.”

Click down below to hear about Malu’s immigration experience as an educated Latina.

I mentioned to her that STEM (science, technology, engineering, and mathematics) careers are often gender-skewed and unequal. I ask her if she’s ever experienced this personally, and she murmurs in much agreement and notes that this was most notably her first experience with gender inequality. She tells me that out of the total 40 students in her class, there were only 5 women. She notes that when it comes to STEM careers, the men receive the opportunities and jobs first and more abundantly. I suggested that this meant that the women were expected to work harder, and she agreed. She continues, stating that she doesn’t remember her mom telling her that her job was restricted to domestic work, which is why she pursued a career in STEM. She notes that her family “all cooked, all cleaned, all did the same.” When it comes to raising her kids, she does so very similarly to how her parents raised her.

She believes its important to guide your children, not necessarily force them into being or doing anything. Education, of course, is Malu’s most important goal when raising her children, but she does not raise them with stereotypes or roles they should follow.

But when it comes to outside influences, Malu finds that a little more tricky. When raising her son, RJ, she had to limit the effect of society’s misguided interpretation and enforcement of masculinity. She remembers an instance when Ramiro had friends come over and his friends wanted to play a seemingly violent video game. “..not in my house, there’s enough violence outside,” she says. If you met Ramiro, you could see how he is an extension of Malu. You can see how Malu’s parenting style helped in raising her strong, intelligent girls and her gentle, intelligent boy.

Click down below to hear about Malu’s experience as a STEM major and raising her children the same way as her parents raised her. 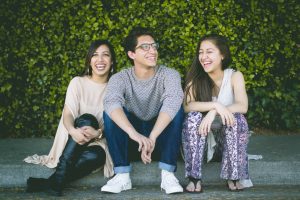 Drawing from one of Rupi Kaur’s poems about valuing women’s intelligence over their beauty, I asked Malu if she has ever noticed or found it difficult to not place certain stereotypes on her children- particularly the two girls. She compares her two daughters when it comes to speaking about stereotypes of girls. When Malu was pregnant with their first child, Rochelle, they thought she was a boy, so all the gifts were blue. However, Malu did not paint the nursery blue, instead she wanted it colors she liked, such as green and yellow. She mentions that Rochelle had all blue things growing up, and today her favorite color is pink. But Chantelle, the youngest daughter, loves grey. Chantelle has more masculine aspects to her when it comes to being comfortable in clothing and colors; she prefers wearing pants instead of dresses and likes muted color tones. Rochelle is a girly-girl and Chantelle is not, and Malu knows there is nothing wrong with this. Malu, much like her parents, focuses on her children’s drive for education and them as a whole person.

Click below to hear more about Malu’s view on beauty standards.

Malu arrived in the United States when she was 27. Today, she is working as the Extended Care Director for Diocese of Sacramento at St. Vincent’s Ferrer School. Once I touched upon her working environment, it was clear to see Malu’s love for the kids at school. She laughs about loving them as much as her own children, and feels guilty that she often tries to raise them the same way. She really wants the children to do well, and to “challenge themselves with no laziness.” She notes that the the majority of children at the school are Asian, so she can’t truly make a fair assumption of gender dynamics, but notes that the girls are more focused and work hard while the boys need a little more motivation. 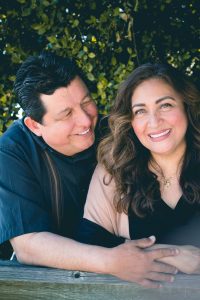 On page 273 in the Matrix of Domination article it states that “additive models of oppression are firmly rooted in the either/or dichotomous thinking of Eurocentric, masculinist thought.” Although this Eurocentric thinking has been an overarching theme in our interview, considering that I’m a white woman who has only experienced gender oppression and not race oppression, I really wanted to explore this with her to a greater extent. She has experienced the most Eurocentric masculinist thought when it comes to the parents of the children. She notices that the wives send their husbands to deal with Malu when there are conflicts. When the mom’s send the fathers to deal with the conflict with her, this tells her that the women think that Malu would back down to a man because he’s the one in charge. Malu finds this funny because she really does not back down to anyone.

I was curious if this type of domination was because she was a woman or because she was a Latina woman. Malu notes that she feels she is judged as Hispanic first, and a woman second. She states that people often assume that “the way people see you, especially as a Latina, there are certain jobs that you will do.”

“[i]n the United States…We are the outsider of the country, so the judgment comes more so from being Latina rather than being a woman.”

Click the audio link below to hear more about Malu’s experience with her students, her student’s parents, daily life as a Latina, and prejudices she has faced while being in the U.S.

Sitting down with Malu was an eye-opening experience. In class over the semester, we have covered Latina prejudices, but it was incredibly beneficial to hear Malu’s first-hand opinions and experiences. Her parenting style was passed down from her parents, which I thought was increasingly important. Malu was raised with feminist parenting unknowingly, and she too parented with feminist parenting, equally unknowingly. This is not an act of feminism to Malu, this is simply normal to her- how things ought to be. Malu was raised to be an educated and kind being, as she believes everyone should be. Boys and girls are equal to Malu, and when it comes to her students and her very own children, she practices what she preaches and treats them all equally. And despite facing setbacks and prejudices as a Latina immigrant in the U.S., Malu has still maintained her place in the world as a strong, caring, and smart woman.